The 8.5 MW community solar installation offers battery storage, a pollinator habitat, and an educational component for students at a local community college. The City of Norfolk, Nebraska Public Power District (NPPD), and members of the community are celebrating the completion of construction of what is currently the largest solar farm in the state. The 8.5 MW solar installation is paired with NPPD’s first large-scale battery storage system, capable of storing up to 2 MWh. It’s also a pollinator habitat, and it was led by an all-woman development team.

In a state that in 2021 ranked 47th in the country for installed solar and was deriving only .22% of its electricity from solar (according to the Solar Energy Industries Association), this system gives the state a serious boost.

The project is part of NPPD’s SunWise program, a community solar initiative where customers who sign up to obtain a share will receive an electricity bill credit.

In addition, the site was planted with plants that will enhance pollinator populations. The inclusion and design of the pollinator habitat was completed by performance engineer Juliana Isaac.

“The Norfolk community solar facility is going into operation, and it is great to officially celebrate the completion of the state’s largest solar facility,” says Brittney Koenig, account manager at NPPD. “Norfolk customers who have signed up for community solar shares began to see a credit on their bill starting in June.”

Sol Systems partnered with Northeast Community College (NECC) and awarded three scholarships to students interested in the school’s Electrical Construction and Control Program. In further partnership with NECC, GenPro established internships for students enrolled in the Electrical Construction and Control Program, providing them with hands-on experience helping to construct the array.

“Sol Systems is proud to be a part of this solar + storage project with NPPD and the City of Norfolk because it fully captures what is at the core of Sol’s mission,” said Anna Toenjes, senior director of business development at Sol Systems. “The project will service this community with clean, renewable energy for decades while creating strong community impact through our scholarship work with NECC. In addition, I am personally proud to have been a part of an all-female team at Sol that led the contract negotiations, development and financing of this solar + storage project.” 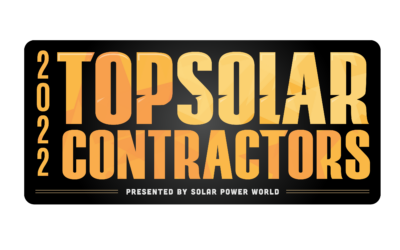 To Apply: Click on Apply Online button, fill out application and email to lori@genproenergy.com...

We use cookies on our website to give you the most relevant experience by remembering your preferences and repeat visits. By clicking “Accept”, you consent to the use of ALL the cookies. .
Cookie SettingsAccept
Manage consent

This website uses cookies to improve your experience while you navigate through the website. Out of these, the cookies that are categorized as necessary are stored on your browser as they are essential for the working of basic functionalities of the website. We also use third-party cookies that help us analyze and understand how you use this website. These cookies will be stored in your browser only with your consent. You also have the option to opt-out of these cookies. But opting out of some of these cookies may affect your browsing experience.
Necessary Always Enabled
Necessary cookies are absolutely essential for the website to function properly. These cookies ensure basic functionalities and security features of the website, anonymously.
Functional
Functional cookies help to perform certain functionalities like sharing the content of the website on social media platforms, collect feedbacks, and other third-party features.
Performance
Performance cookies are used to understand and analyze the key performance indexes of the website which helps in delivering a better user experience for the visitors.
Analytics
Analytical cookies are used to understand how visitors interact with the website. These cookies help provide information on metrics the number of visitors, bounce rate, traffic source, etc.
Advertisement
Advertisement cookies are used to provide visitors with relevant ads and marketing campaigns. These cookies track visitors across websites and collect information to provide customized ads.
Others
Other uncategorized cookies are those that are being analyzed and have not been classified into a category as yet.
Save & Accept